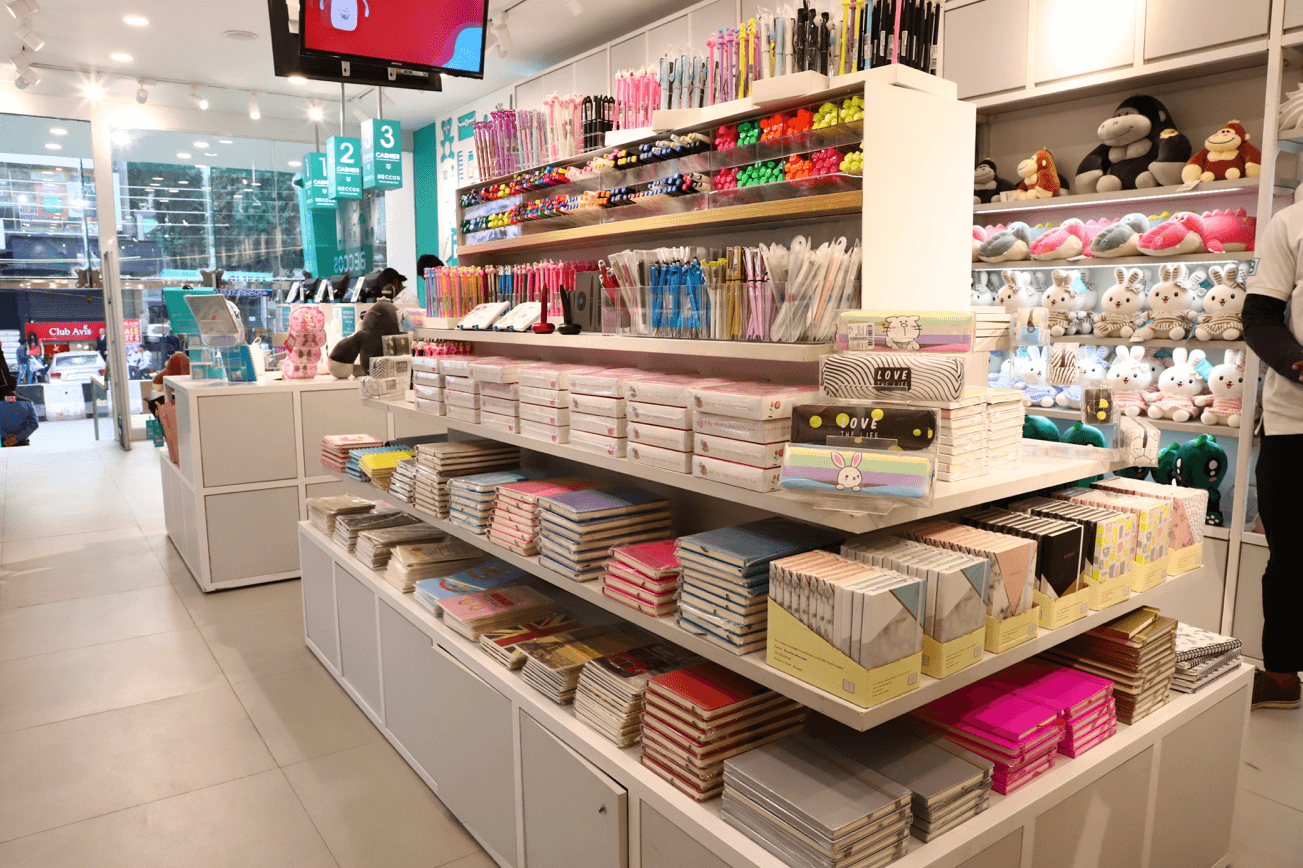 Why Connect with Us

BECCOS is a Korean designer brand with growing global presence

BECCOS is quite favourite amongst patrons of different ages, especially youngsters, who prefer the brand for its variety, pricing and design

BECCOS has a team of influential designers from Korea, backed by state of the art manufacturing facilities

BECCOS has an extensive product portfolio with attractive margins of 36%

Assistance in the selection of an ideal location for the store. The brand also aids in the layout, design and architecture of the store along with purchasing of equipment, furniture and other fit-outs.

Equips stores with an Operation Manual to maintain uniformity and regularity in operation of the store as per franchisor guidelines.

Appoints dedicated personnel to bridge the communication between the franchisee and the franchisor for the smooth operation and growth of the store.

Plays a major role in stock supply, replenishment ordering and product range maintenance, along with the introduction of new products to keep the local customers engaged with the store.

KINDLY CALL US AT

Are you looking for a retail franchise in India that you could invest in?

Beccos India has the most lucrative retail franchise opportunities available. An affordable designer lifestyle brand from South Korea, Beccos has come to India with a vision to provide the Indian community a range of extremely affordable and functional in-style lifestyle products. We aim to serve the Indian customer the best of everything and expand to as many Indian cities as we can. We’re now looking for enthusiastic people who want to own one of the most profitable franchises in India.

Why Beccos has the best retail stores in India?

Beccos set up its first store in the national capital in October of 2018 and has been continually expanding. We have stores in more than 50 locations across the country. In the coming years, we want to continue to expand to all the metropolitan, tier-2 and tier- 3 cities of the country. With stores in Hyderabad, Lucknow, Delhi, Nagpur, Ujjain, and even Mohali, becoming a Beccos franchise has become one of the most profitable retail franchise opportunities in India.

Loved by customers throughout communities

Beccos has been able to combine elements of style and functionality to make extremely popular products. Our products are affordable, functional and are designed specifically to delight all ages of customers. The Beccos toys and stationery category is a winner among the kids and the kitchen and lifestyle products from Beccos have become a hit with Indian women. Our tech and fitness products have attracted a lot of male customers to our stores as well. Our unique product designs have made us a favourite among all generations of Indians. And our product sales continue to soar across the country. This has simply made Beccos one of the best franchises to own in India.

We do not appease our customers only using in-trend product designs. Beccos has a string of the best manufacturing facilities. And we at Beccos ensure that only the top quality products are available to the consumer by subjecting each product to rigorous testing procedures. And we’re offering very lucrative retail franchise opportunities to anyone interested.

One of the top 10 franchise in India.

As a potential franchisee for Beccos, you may have your doubts about the return of investment and the margins. Easily the best profitable franchise in India, Beccos provides franchisees with a great return on investment. We also offer attractive margins of up to 38% to our franchise owners. You can also fill up the franchise enquiry form here so we can get back to you and resolve your queries.

If you wish to know more about Beccos franchise offers in India, you can also write to us at franchise@beccos.in.